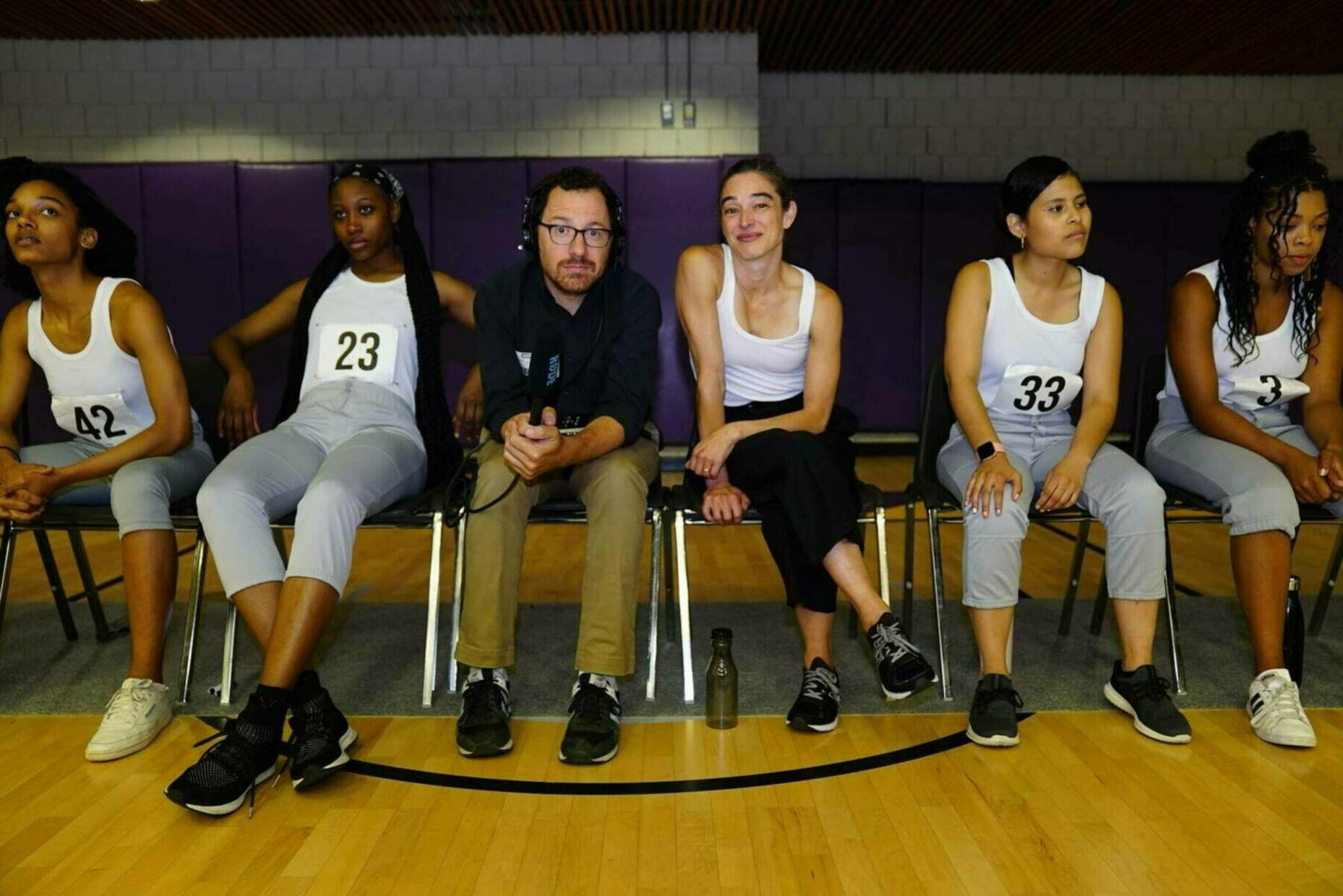 We are thrilled to be back at The University of Akron and EJ Thomas Hall with Monica Bill Barnes & Company's premiere Akron performance of The Running Show.

After a long year of Zooms and live streams, we are thrilled to be joining you tonight, live at The University of Akron’s EJ Thomas Hall!

Each fall, DANCECleveland and The University of Akron’s celebrated partnership brings world-renowned artists to work in residency with UA students while providing inspiring performances to the Akron community.

As one of a small handful of dance-only presenting organizations in the United States, DANCECleveland is proud to partner with The University of Akron, offering curatorial expertise and connections to the professional dance field, and working with faculty to design programs that will educate students, entertain audiences, and enhance UA’s curricular goals.

While UA dance students participated in a virtual residency last fall due to the restrictions of COVID-19, DANCECleveland is happy to be back in person this year with one of the most engaging residencies we’ve ever presented. For the first time, UA dancers will appear onstage alongside visiting professional artists Monica Bill Barnes and Robbie Saenz de Vitieri, taking their experience beyond the studio and into a real-world, professional performance. The UA dancers ran into the studios on Monday, eager to learn from Monica Bill Barnes and Company and to take on the challenge of learning a full work in a rigorous, jam-packed rehearsal schedule spanning just five short days. We are also thrilled to welcome a special youth dancer from UA’s Dance Institute in this evening’s performance. To premiere a new work is always a hurdle, but to premiere a new work during a worldwide pandemic takes a special dedication and determination from the dancers.

Over the course of our 16-year collaboration, we have presented artists whose work breaks artistic boundaries, offers unique choreographic styles, and challenges our perceptions of dance, performance, and the world around us. The choreography of Monica Bill Barnes is rooted in those ideas, bringing dance “where it does not belong” and helping us laugh along the way. Named “one of the most influential dancers of today” by DANCE Magazine, Barnes challenges the perception of what dance should be and how we interpret it within our soundings.

We invite you to learn more about Monica Bill Barnes & Company’s work after the performance in a moderated Q&A with the company. We also invite you to put on your dancing shoes (or running shoes) and learn some of The Running Show choreography in a free, Zoom master class with Monica Bill Barnes next Tuesday, September 28. The class is open to those of all ages and abilities, and no pre-registration is required.

We are overjoyed to be sharing this space together tonight. Thank you for joining us as we welcome the return of dance to the EJ Thomas Hall stage and the premiere of Monica Bill Barnes & Company in The Running Show.

Bringing dance where it doesn’t belong

Monica Bill Barnes & Company is a contemporary American dance company that brings dance where it does not belong.  We create and produce each work entirely from its own rulebook—dancing to radio interviews on the biggest stages in the world, hosting a weekly show in a crowded office party, or leading a choreographed exercise routine in an art museum.  Within each of these new contexts and borrowed environments, we constantly find humor in our awkward, everyday triumphs and failures.

The Running Show was commissioned and generously supported by Jody and John Arnhold/Arnhold Foundation.

"I Walk The Line" (Johnny Cash) performed by Johnny Cash.

"I Couldn’t Be Me Without You" (Johnny Rodriguez) performed by Kinky Friedman and Billy Joe Shaver.

"You Are The One" (Carl Smith) performed by Carl Smith.

"What’ll I Do?" (Nat King Cole) performed by Irving Berlin. 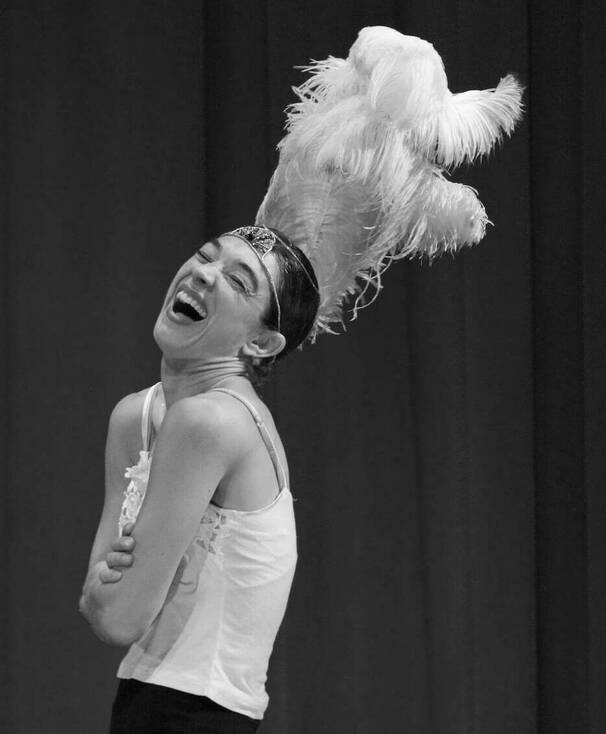 Monica Bill Barnes founded Monica Bill Barnes & Company in 1997 with a collection of solos that could be performed anywhere. The company has performed in venues ranging from Upright Citizen's Brigade to The Sydney Opera House, and has been presented in more than 100 cities.  Some of the company’s past projects include The Museum Workout, a guided exercise tour of The Metropolitan Museum of Art, Happy Hour, an immersive office party dance show that ran as a recurring event for 3 years in New York City, Three Acts, Two Dancers, One Radio Host, a show that combines radio and dance in collaboration with Ira Glass that toured over 25 cities in America and abroad. Current collaborations between Barnes and Robbie Saenz de Viteri include The Running Show, Days Go By, Keep Moving the company’s first online show created in collaboration with 16 dancers from Hunter College in 2020, and It’s 3:07 Again which premiered online April 2021. 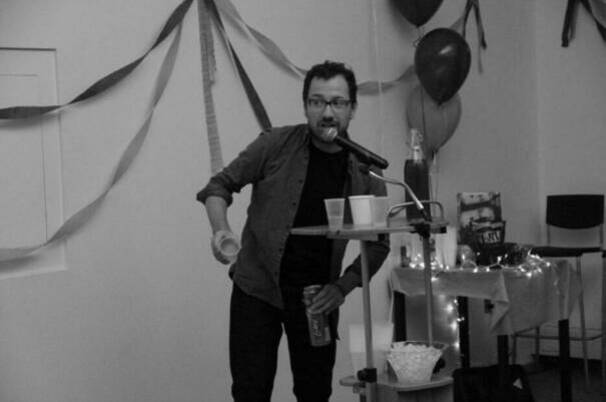 Robbie Saenz de Viteri began working in theater as an audio script assistant to Anna Deveare Smith. He has created performances and toured productions throughout the world with the Obie Award winning Nature Theater of Oklahoma. He has created, produced, and performed in Happy Hour, The Museum Workout, One Night Only, Days Go By, The Running Show, Keep Moving and It’s 3:07 Again with Monica Bill Barnes & Company. Some of his other favorite projects include producing This American Life Episode 528 “The Radio Drama Episode” live on stage at BAM, directing Rachel Bonds’s Michael & Edie, and creating and performing The Spiritual Life of Modern America, a collaboration in Norway based on the experiences of foreigners traveling in America Today. 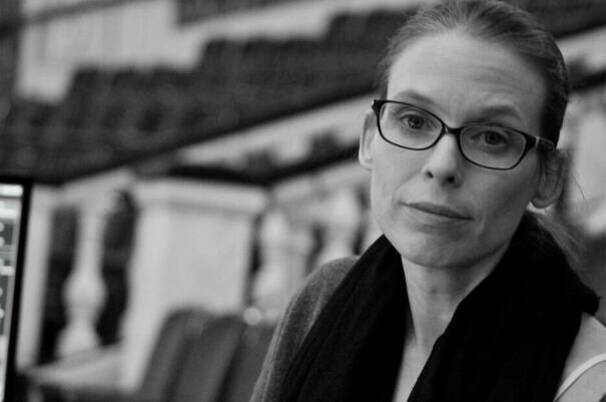 Tess James is a freelance Lighting Designer and Associate based in New York. Her recent projects as a designer include The Cradle Will Rock at Classic Stage Company, Roe at Asolo Rep. As an associate designer her work as included True West, King Lear and The Color Purple on Broadway as well as Soft Power at The Public Theatre. Throughout her career she has working with an array of amazing intuitions including BAM, New York City Center and New York City Center. She is a Master Teaching Artist with Roundabout’s Theatre Workforce Development Program as well as a faculty member in the Theatre Program at Princeton University. 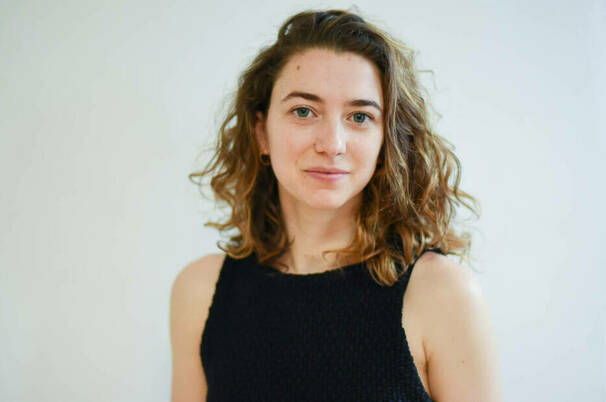 Elizabeth Furman (she/her) is a Brooklyn-based administrator, production associate and dance artist who has been working with MBB&CO in a variety of roles since 2017! As an administrative and production assistant Elizabeth has supported Happy Hour, One Night Only, The Museum Workout, and The Running Show, both in NYC and on tour. As associate producer Elizabeth has supported the company’s site specific work Days Go By, and digital shows Keep Moving, and It’s 3:07 Again. Elizabeth loves bringing the company’s work to new audiences be them near, far, or via the computer screen. As a performer Elizabeth creates worlds for distinct characters to inhabit. Her collaboration “once she lived on a 4th floor walkup” was part of the 2018 All Over Westbeth Site Specific Festival. Elizabeth holds a BA in Dance and English from Kenyon College. 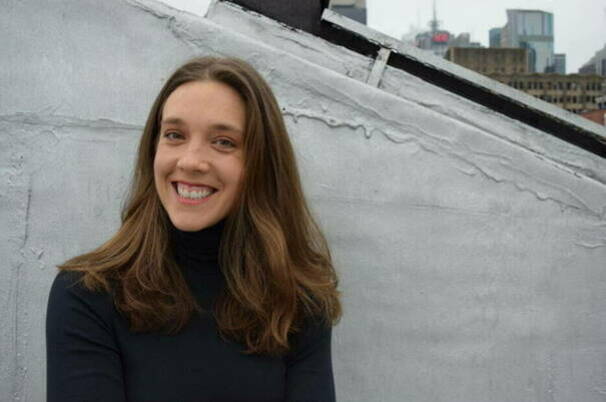 Flannery Gregg (she/her/hers) is a performer, movement director, and rehearsal director based in NYC. She has rehearsal directed and performed in Monica Bill Barnes & Company’s productions of The Running Show, Day’s Go By, Keep Moving, & It’s 3:07pm Again. She has also worked alongside Barnes as associate choreographer/dancer on the feature film Little Women (dir. Greta Gerwig). Flannery is the movement director of The Reality Show: NYU (created by Elizabeth Swados), staging performances at the Barclays Center, Radio City Music Hall, and NYU’s Skirball Center for the Performing Arts. She was as the assistant choreographer to Sam Pinkleton on the Broadway musical Natasha, Pierre & the Great Comet of 1812 and the associate choreographer to Sonya Tayeh for Sing Street on Broadway. Born and raised in San Diego, Flannery got her BA in World Arts and Cultures from UCLA. She is thrilled to be dancing with MBB & Co.!

Have Questions About the Performance?

Here are some commonly asked questions:

How long is the show? 65 Min.  No intermission.

Where do I park? To get to The Univeristy of Akron's EJ Thomas Hall, please use the following address in your GPS or phone:

Parking passes for the attached covered parking garage are available for $4 per pass, or $4 at the garage door.

Is this show appropriate for children? Yes, children are welcome to come along to the performances. While the show is not specifically designed for children, performances do not include mature themes or content. All audience members regardless of age must have their own ticket to the performance. Children 2 and under are not permitted in the theatre and all audience members regardless of age must be masked.

Is photography permitted? Photography in the theatre is not permitted.

What should I bring? Please bring your tickets and photo I.D.

Do I need to wear a mask? Masks are required for all patrons entering EJ Thomas Hall regardless of vaccination status.

Thank You to Our Sponsors, Funders and Generous Supporters for this Engagement.

Without their support this performance, community outreach events and educational programs would not be possible. 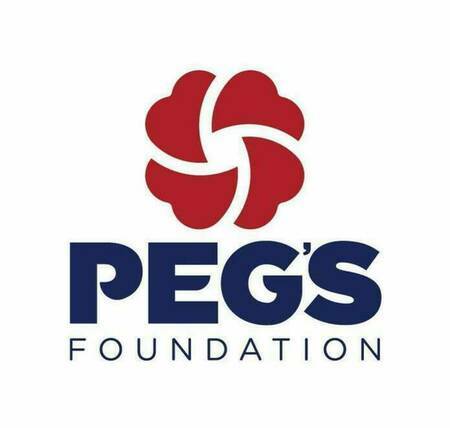 DANCECleveland is generously funded
by Cuyahoga County residents through
Cuyahoga Arts and Culture. 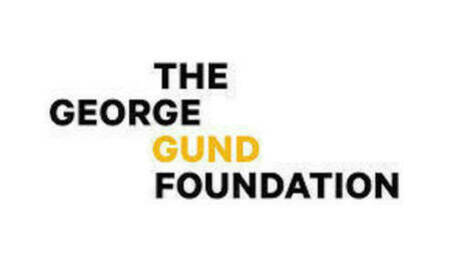 In addition, thank you to our other generous supporters:

Thank you to our genourous donors and supports of DANCECleveland.

(Donations are updated as of our current fiscal year July 20221)

Thank you to our GENEROUS Legacy Fund Donors:

The Trustees of the Marian Chace Foundation 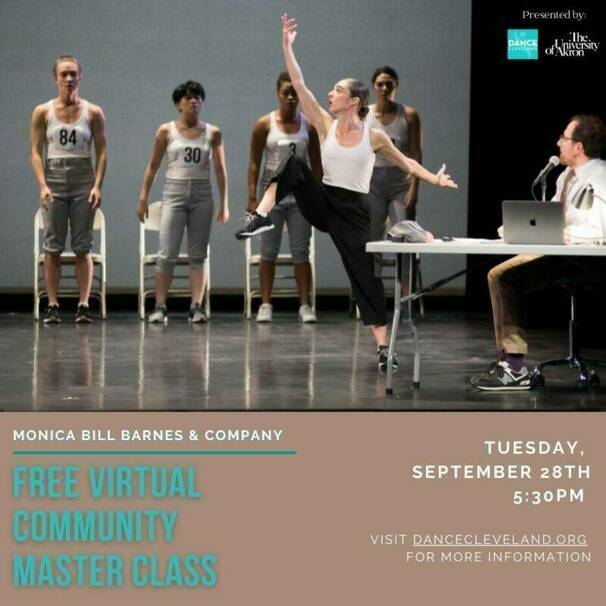 Join Monica Bill Barnes for an online Zoom masterclass for all dancers and movers who want to learn some of the material from the show - it will involve a warm-up and learning phrases from The Running Show. (all ages and abilities welcome)

DANCECleveland's mission is to bring the passion and verve of modern and contemporary dance to Northeast Ohio. Founded originally as Cleveland Modern Dance Association in 1956, DANCECleveland continues to be: A DANCE PRESENTER AND MORE!

One of only a handful of presenters in the nation dedicated solely to the presentation of modern and contemporary dance, DANCECleveland brings renowned modern and contemporary dance companies from around the world to perform on the stages of Northeast Ohio through their annual dance series. DANCECleveland is A COMMISSIONER of new dance works, bringing up-and-coming choreographers from across the nation to be inspired by our community as they create new dance pieces; AN EDUCATOR through Read to Learn…Dance To Move, an early childhood program that brings professional dancers into preschool and kindergarten classrooms to inspire creativity through literacy and movement. A RESOURCE to the dance community by offering free dance classes with visiting world class dancers and directors for local dancers of all ages and abilities; A NATIONAL LEADER recognized by organizations such as Dance/USA for their innovative audience engagement programs, pre and post show activities; and A VISIONARY by collaborating with the region’s leading arts, cultural and educational organizations to create co-presenting relationships.

JOHN JENKINS
Immediate Past Board Chair