Skip to Content Skip to Side Nav Skip to Footer

Through all six decades of our history, DANCECleveland has presented the best and most innovative dance companies on stages around northeast Ohio. Our storied journey has matched the innovation and growth of the art form of modern dance itself.

Founded by a group of dance lovers, DANCECleveland has always had at its core a dogged determination to advance the understanding and appreciation of modern and contemporary dance. We are proud to be one of just a handful of stand-alone dance only presenters in the US.

Although the agenda for this organization has changed over time, its focus on mission has remained constant. Perhaps our most significant job has been to serve as a compass, gauging where modern dance has been and how its innovative dance makers are charting a path forward. 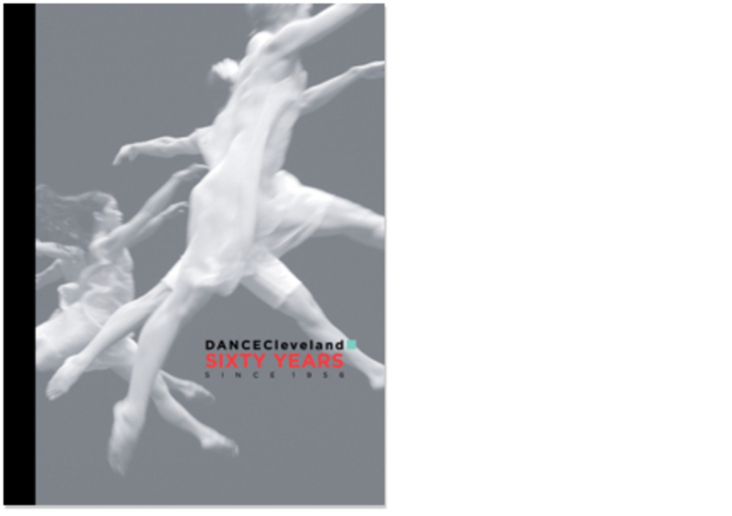 From a church basement to the glittering lights of Playhouse Square, DanceCleveland Sixty Years chonicles our history since 1956.

Cleveland Modern Dance Association was born in 1956 when a group of local women who had studied dance in college took a master class taught by a member of the Martha Graham Company. It rekindled each woman’s passion for dance and inspired them to start an organization to stimulate interest in the growing art form of modern dance. Led by Lillian Weisberg and Marian Holmes, the group banded together to form an association that would offer dance classes for adults and children along with lecture-performances.

From the start, they aimed high by frequently hiring noted professionals from New York and other cities as teachers. Jose Limon, a modern dance pioneer, whose works and technique strongly influenced Modern dance as we know it today was one of the first. CMDA collaborated with Karamu House and the Cleveland Institute of Music to host Limón’s visit in 1956. 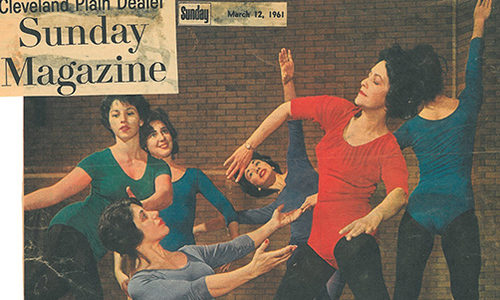 In 1973, the association opened a dance studio/school in Shaker Heights where creative movement and dance classes were taught to over a 1000 children and adults. This thriving program continued until 1979. 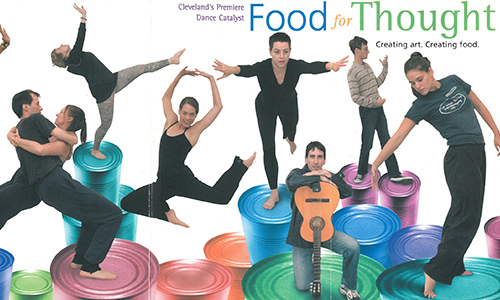 During this decade, CMDA began presenting an annual performance series featuring the most renowned names in the world of modern dance. Audiences were delighted to welcome the premieres of Nikolais Dance Theatre and Bella Lewitzky.

In 1983 CMDA became a resident company at Playhouse Square, making its home at the newly restored Ohio Theatre. The inaugural season fittingly featured two modern dance pioneers, Paul Taylor Dance American Modern Dance Company and Martha Graham Dance Co., the dancer and organization that spawned so many of the luminaries of the modern dance world. CMDA also launched a partnership with Cuyahoga Community College to co-present the groundbreaking Trisha Brown Dance Company, whose founder was pivotal in the evolution of Modern dance.

For its 30th anniversary, CMDA changed its name to DANCECleveland. With this rebranding, the organization firmly set its sights on the future. 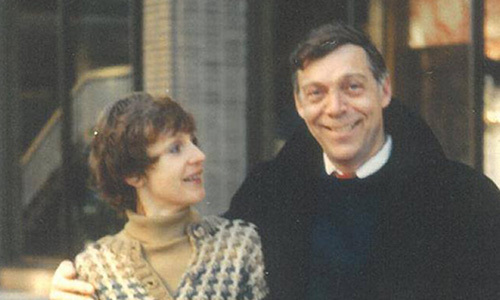 DANCECleveland celebrated the opening of its fourth decade with a proclamation from Cleveland's Mayor, highlighting the organizations 30 years of cultural contributions to the performing arts in Cleveland.

The Bill T. Jones/Arnie Zane Dance Company premiered in Cleveland in 1988. It was the last performance by Zane before his untimely death a few months later. Jones returned many times to the Ohio Theatre and has received countless awards for his innovative work. Other legendary companies making their Cleveland debuts during this decade included Feld Ballet, Twyla Tharp Dance Company, MOMIX, Garth Fagan Dance and Parsons Dance Company.

In 1996 DANCECleveland partnered with Cleveland State University to launch an imaginative program called “Food for Thought,” a dance incubator that nurtured the development of new works by local choreographers. National dance professionals, adjudicators and educators provided input and guidance for their nascent works, and audiences ‘paid’ to attend performances by donating canned goods for the Cleveland Food Bank. Over its seven-year history, the program nurtured the development of more than 100 new works. CSU continues as a valued DC partner, providing space for master classes by visiting artists.

DC began a commissioning and new works program” in 2001 with Sean Curran and Gina Gibney as its’ first recipients. Each was provided free space to work on new pieces. DC also presented Gibney Dance Company and Creach & Co. at Cleveland Public Theatre, which was the birth of the popular Cleveland Public Theater’s Dance Works series that continues today.

In 2003 Pam Young became Executive Director of DANCECleveland. A former board member, Pam stepped in during a time of financial instability for the organization and, with the board, crafted a turnaround plan that stabilized DC and helped ensure its bright future.

In 2006 the prestigious Joyce Award was given to support DANCECleveland’s commission of a new work by Jawole Willa Jo Zollar and her company Urban Bush Women. They collaborated with acclaimed Senegalese choreographer Germaine Acogny and her company, Compagnie JANT-BI. The completed work was later performed in Cleveland. 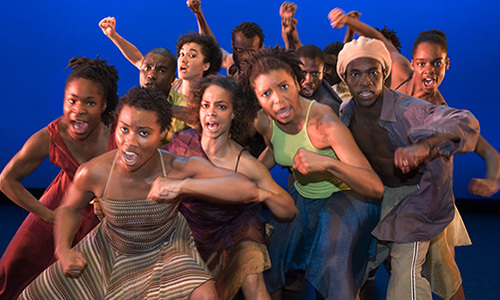 2007 began with a new collaboration between DANCECleveland and the University of Akron, opening opportunities to expand educational residencies for students and bring dance performances to The University of Akron's E. J. Hall. In its first year, the partnership presented Lines Ballet, and the engagement included a week-long residency at UA’s Guzzetta Hall dance center and at schools in the city. This successful collaboration continues today.

A new pre-school and kindergarten movement and literacy program called, “Read to Learn, Dance to Move,” was launched in 2010 for students in the Cleveland Metropolitan School District. This program inspired and planted seeds for a life-long love of reading and dance. During its first six years the program has been taught in 40 classrooms and reached more than 1000 students.

In 2014 the Joyce Foundation Award again tapped DANCECleveland to support the commissioning of a work, this time by New York City dancer Camille A. Brown. DC worked closely with Brown and her company to realize Camille’s vision for “Black Girl: Linguistic Play” and presented it at the Hanna Theatre in 2015.

DANCECleveland’s Executive Director Pam Young won the Cleveland Arts Prize, Martha Joseph Award in 2015, 10 years after assuming leadership of the organization. She was praised for her innovations in programming and precedent-setting partnerships with other institutions –actions that are being recognized nationally as exciting models.

DANCECleveland and the University of Akron founded The National Center for Choreography and received a $5 million grant from the John S and James L. Knight Foundation. This center for choreography is only the second in the nation and provides space where the finest dance professionals come to create new work.

In 2017, DANCECleveland launched American Dance Festival in Cleveland, expanding their presenting and educational opportunities into the summer. 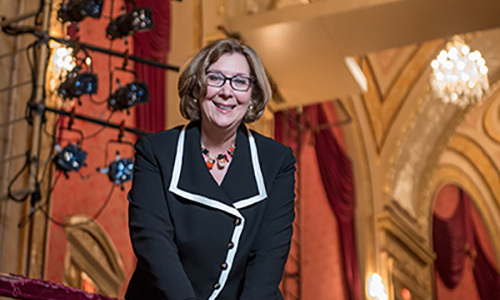 Learn about DANCECleveland's most flexible ticket option, The Flex Pass, and save on tickets for the 2022-23 season of dance!